I personally feel like independent work in homeschool is important.

There is a lack of separation with homeschool families. Not that there is anything wrong with that, I mean that is part of the reason we homeschool, right? To be around our children more. But homeschool mothers, in my experience, tend to be slightly more “helicopter” than mothers who are used to their children leaving for much of the day to attend public school. Homeschool mothers want to be right there helping with every aspect of every single little thing, but in my opinion (for my family at least) it does more harm than good.

I was a notorious hoverer.

I would stand over the top of my kids as they did their school waiting for one of them to say they needed help so I could swoop in.

This caused problems for my kids, one being dependency. If I had to tend to little sis and one of them needed “help” things would inevitably turn chaotic.

The child who needed “help” would not move forward with his work, instead he would wait for me to return, all the while causing distraction to the other child, and ultimately causing both children to hold up on their school work while I was in dispose.

You are probably wondering why I put the quotes around help.

As well as the problems with them not being able to work without me there, they also had a habit of asking for “help” when they didn’t really need it.

They would scan over the work (just scan, not actually read the directions), immediately decide that it was too hard and say, “I NEED help.” I would swoop in and explain everything for them instead of making them read it and figure it out on their own.

If we are working on something new I will go over it with them, but I don’t think I should have to explain every little detail to them. They should be able to put 2 and 2 together. I shouldn’t have to explain the general principal of division 10 times to the same child., and that is what was happening!

After a while it starts to wear on you! 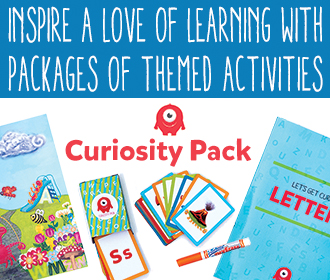 I started having my kids do work on their own, without me.

I would give them their planners and work. Then I, instead of hovering over the top of them, would busy myself with other important things, like housework.

When they would ask for help I would ask them if they REALLY needed my help or if they were just saying that because they didn’t want to read the directions or do it on their own. Sometimes they would still say that they needed my help, to which I would sit down with them, but most of the time they’d realize that I wasn’t going to just jump up and help them with things they already knew anymore.

This method works for the most part.

My oldest will sometimes use it as an excuse not to ask for help and to do subpar work, to which I have outlined some strategies for that issue here and here.

But for my younger son, who had a serious issue when it came to asking for “help”, it has proven to be a great thing. He will work independently with almost no issues, and gets good grades the majority of the time.

Them being independent in their work has also allowed me to be a little more freed up to tend to other things that I’d otherwise put off to “help” them with things they really didn’t need help with.

Also, if you’d like to sign up to receive weekly updates from Always Doin Something, you can do so here!

Hi! I'm Tawni! Stay at home mommy to 4 kids. I am an organization and cleaning-aholic. I love to create, especially digital resources to use in our homeschool and other areas of our home. View all posts by Tawni Fitzpatrick | alwaysdoinsomething

This site uses Akismet to reduce spam. Learn how your comment data is processed.